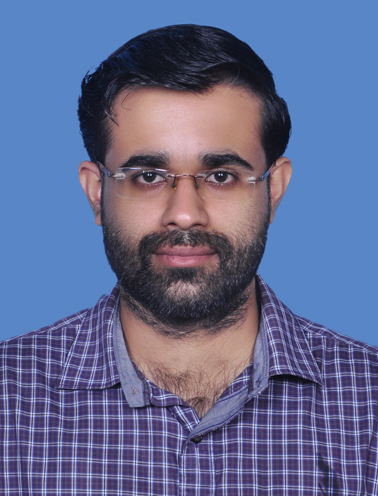 In this post, I will cover the topic of “How to set up persistent storage” using AWS instance store disks for applications running on Kubernetes clusters. 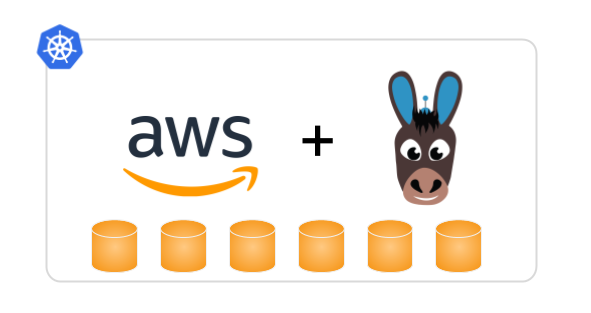 Instance store disks provide high performance, but they are not guaranteed to always be present in the node. This of course means that when the node is rescheduled you can potentially lose the data being stored. As such, there are two ways of obtaining storage on AWS for stateful applications:

The Problems with this Approach

Why Can’t We Use Instance Disks as is for Kubernetes?

OpenEBS can Help Keep the Data Replicated across Nodes

OpenEBS is a viable option for high availability of data, combined with the advantages of using physical disks.

How is Replication Done with OpenEBS?

OpenEBS will have a minimum of 3 replicas to run the OpenEBS cluster with high availability. If a node fails, OpenEBS will manage the data to be replicated to a new disk, which will come up as part of ASG. In the meantime, your workload is in accessing the live data from one the replicas.

How do we Quickly Demonstrate OpenEBS on AWS?

Below I provide step by step instructions that you should be able to cut, paste, and customize. As you can see, these include how to configure your AWS account for this simple POC as well.

In summary, OpenEBS can be used to easily set up stateful applications on Kubernetes where AWS instance store disks are the underlying disks. This provides good manageability, improves resilience, and allows for relatively high performance for applications.

A detailed explanation of OpenEBS cluster deployment on AWS and rebuilding of persistent volumes are given in the section below.

You should have access to both the AWS management console and the local Ubuntu CLI for the installation of OpenEBS.

Perform the following operations from the AWS management console:

1. Create a Virtual Private Clout (VPC). To do this, go to VPC service and create a VPC.

2. Create an Internet gateway and associate your VPC with this Internet Gateway. This will attach internet connectivity to your VPC. All nodes under this VPC will have the outside connectivity.

Perform the following procedure from your local ubuntu machine:

3. Create an S3 bucket to store your cluster configuration details as follows:

This will create a cluster in the mentioned zone in your provided region as part of the AWS configuration.

6. Use the set of commands produced by the above step to customise your cluster configuration, such as Cluster name change, Instance group for Nodes, and master etc. Below is an example output.

Cluster configuration has been created.

7. Change your instance image type and the number of machines by executing the corresponding commands. The exact command needed for your cluster will be shown at the end of the previous step. The following is an example.

Change your node configuration by executing as follows:

Change your master instance type and number of machines by executing as follows:

Note: We used c3.xlarge as the instance type for both Master and Nodes. The number of worker nodes used is 3 and master node as 1.

8. Once the customization is done, you can update the changes as follows:

9. The above step will deploy a 3 Node OpenEBS cluster in AWS. You can check the instance creation status by finding the EC2 instance page and choosing the corresponding region.

12. Perform changes in the Configure Details section as follows:

a. Change the new configuration name if required.

b. Edit the Advanced Details section and add the following entry at the end of the User data section.

Click Skip to review and proceed with the Create launch configuration.

14. SSH to each node using its public key as follows:

15. SSH to all Nodes where OpenEBS will be installed, and perform the following commands to install the iSCSI packages and auto mounting of the local disk during reboot.

16. SSH to Master Node and perform the following commands to clone the OpenEBS yaml file and deploy.

17. Edit openebs-operator.yaml and add the following entry. This will create a storage pool on one of the local disks attached to the hosts. Refer to OpenEBS Storage Pools for more information.

18. Edit openebs-storageclasses.yaml by adding the following entry in your corresponding storage class:

21. Deploy your application yaml that will be created on the local disk.

22. To check the status of applicationa and Jiva Pods, use the following command:

An output similar to the following should be displayed.

23. Obtain the status of PVC using the following command:

An output similar to the following is displayed.

24. View the status of PV using the following command:

The output from the above command will be similar to the following.

Now you have deployed OpenEBS with AWS local disk in your k8s environment. You will see the advantages of both low latency local disk use and fault tolerant architecture ensured by OpenEBS.

Hopefully this helps you to better understand the benefits of using OpenEBS on top of AWS. Thank you for reading and please provide any feedback below or via twitter — @ranjithr005

Ranjith Raveendran
Ranjith is working as a Software Engineer at MayaData and working in the OpenEBS project from the beginning. He has 5+ years of experience in the Storage industry. Ranjith is interested in different solution approaches and has excellent knowledge of Local PV and disk management. In his free time, he listens to music, watches movies, and goes for bike riding.