I'm an engineer at MayaData, a company dedicated to enabling data agility through the use of Kubernetes as a data layer and the sponsor of the CNCF project OpenEBS and other open source projects. Take it for a test drive via free and easy to use management software by registering here.

So, let's get started - I am very excited for this post, as I have been working on this content for a few weeks. I might sound naive throughout this, mainly because I am, to be honest. Setting up and using a cluster in GCP offers a few significant advantages over using GKE. For instance, using GCP gives the user the liberty to use their custom binaries or a pure Open Source Kubernetes. Also, GKE does not support modification or access to the master node, whereas a manually setup-ed k8s cluster over VMs does. 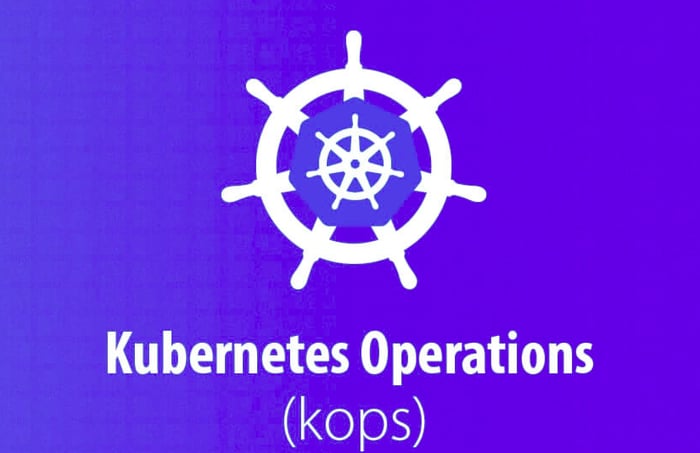 To gain the full understanding of Kubernetes, some people like to get their hands dirty for a course of interval. Luckily, we have a few more tools to get a Kubernetes cluster up and running in VM instances of Google Cloud. I find that tools like kubernetes-incubator/kubespray , crosscloudci/cross-cloud and kops, are not very straightforward to use, but kops, kubespray is somewhat close. cross-cloud on the other hand, has poor documentation and is not very stable. kops here stands for ‘Kubernetes Operations.’ To be honest, I find this to be a good tool to deploy the Cluster over Google Cloud Platform (GCP) or Amazon Web Services (AWS). I certainly would not say it is the best, but this tool is documented to the extent that one can use it. The original idea of KOPS was to create user a production ready cluster in AWS. Allowing it to provision the GCP is luxury since GCP already provides with GKE and AWS does not.

These items are required to deploy the production-ready k8s cluster in GCP:

Once you are done installing GCloud SDK, you must run gcloud init. This will configure your gcloud with your existing GCP project.

From the official kubernetes kubectl release:

A quick note: every time you create a cluster, it also creates a Virtual Private Cloud (VPC), per se. Google Cloud allows you to create only a maximum of 5 VPC’s in one project, and a total of only 5 clusters. So, to resolve this problem, we can create a VPC explicitly and use it as a common Network for the rest of the clusters.

Here I am using subnet-mode as auto, and it will create a VPC openebs-e2ewith a subnet in every zone.

Kops needs a State Store to hold the configuration of our cluster. In our case, it is Google Cloud Storage Buckets. So, let’s create one empty Bucket using the following:

Now, since we are ready with the Bucket, we can populate it with our cluster’s State Store, i.e. Cluster object and InstanceGroup object.

Create the Cluster & InstanceGroup Objects in Our State Store

Now we can list the Cluster objects in our kops State Store (the GCS bucket we created):

NB: It is not necessary to use same name for the Bucket and Cluster; you are free to use whatever name you wish.

We are now ready with all of the changes and the cluster configuration, so we will proceed with the creation of the cluster. kops create cluster created the Cluster object and the InstanceGroup object in our State Store, but it did not actually create any instances or other cloud objects in GCE. To do that, we’ll use kops update cluster.

kops update cluster without --yes will show us a preview of changes that will be made. It comes handy in case we want to see or verify the specs before creation.

We have now deployed the Kubernetes cluster on GCP. If you go to the Compute Engine in Google Cloud Platform, you will find 4 new nodes, where 1 is the master and the rest are worker nodes. Just to save your day, if you are wondering why you could not find your nascent cluster inside Google Kubernetes Engine, this is not a mistake or error because it is not a GKE Cluster. All GzCP knows is that there are 4 VMs running in the project, which we know is a K8s cluster.

We are now ready with the cluster, but is it ready for the deployments? Once the kops is finished creating the cluster, we can validate its readiness using the following:

If you find that the cluster not ready, wait for a few minutes as it takes some time to configure the cluster. You can even check using kubectl from your control machine:

You will see the node counts once your Cluster is up, viz. kubelets are configured. If you are wondering how you got your kubectl configured to this cluster, kops does that for you. It exports a kubecfg file for a cluster from the state store to your ~/.kube/config local machine where you are running kops. If you want to export this config to some other path, you can the following:

I wrote an Ansible playbook for Litmus, which is actually a wrapper for all of these to bring up the cluster on GCP. You can check it out here:

The playbook also checks the cluster availability implicitly using a python script. This will hold the playbook from termination until the cluster is ready to use. kops validate works well, but not for k8s version < 1.9, up to the day of writing this post.

This article was first published on Aug 15, 2018 on OpenEBS's Medium Account.

Harshvardhan Karn
Harshvardhan Karn works at MayaData Inc. He initially started with ReactJS and gradually moved to started contributing to projects based on GoLang, JavaScript, and Python per se. He was an active contributor to LitmusChaos before he moved full time working in DirectorOnline. He is fascinated by small ARM computers like Raspberry Pi. He is a public speaker, has talked in few local meetups and at two major conferences, ContainerDays 2019 - Hamburg & Rejekts 2019, San Diego. In his free time, he likes to play Guitar, Netflix and trying to learn Español, Dutch & Hebrew.